Like many vegetable milks, oat milk and almond milk have invaded the shelves of our supermarkets ready to conquer vegans, people with intolerances, but also the most curious and epicureans. Recognized as perfect substitutes for cow’s milk, they are often considered good for health and the environment but be careful, they do not have the same impacts. WiseFins studied the nutritional values, water and carbon footprints of these two plant milks’ raw materials. Let the battle begin!

Round 1 : oat milk vs almond milk: which is best for my health?

Oat milk is made from water and oats, a grain that has grown in Asia for decades. Rich in minerals, carbohydrates and fiber, it is known to be invigorating and to reduce bad cholesterol. Almond milk is, like its opponent, composed of water but also of mixed almonds. In terms of composition, it is rich in minerals, fiber, good fats and vitamins A, B, E. It is also known to be less caloric (because it contains more water!) than its competitor.

Result: tied. This is what we call very good alternatives to dairy, good for the body and health!

Round 2 : oat milk vs almond milk: which has the least impact on our water resources?

Let’s start this round with the almond. Thanks to its remarkable nutritional values, the popularity of almond milk continues to grow. On the other hand, its abundant need for water in the manufacturing process makes almond milk one of the most harmful plant-based milks for the environment. Did you know that the production of a single almond requires 4 litres of water? 158,000 litres of water are required to produce 1 kg of almonds, or the equivalent of more than 5 years of daily showers. An impressive consumption with a massive local environmental impact since almonds are mainly grown in arid areas, such as California or the Mediterranean, tapping into their main sources of water. As for oat, it requires 8 to 15 times less water to manufacture. This is information that would benefit from being more widely known!

Round 3 : oat milk vs almond milk: which has the lowest carbon footprint?

Let’s continue with the almond. 80% of the world’s almonds come from California, where more than 320,000 hectares of almond orchards spread over 4,050 km², or 38 times the size of the city of Paris. Almond milk has a disastrous impact on the environment caused, among other things, by the excessive emission of greenhouse gases during the production phase. The production of a single kilo of almonds is equivalent to 3,000 km in TGV. Fortunately, oat milk offers a better alternative since it is produced locally. The European Union is the world’s largest producer of oats and is responsible for one third of world production every year. France is even contributing to this momentum, with 420,000 tonnes of oats produced on its soil each year.

Although the two competitors were able to seduce us nutritionally, oat milk won the WiseFins battle. Its lower environmental impact in terms of water consumption and greenhouse gas emissions made the battle swing in its favour. Let’s drink it, pour it in our our cereals and cook with it without moderation! 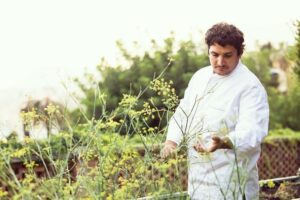 The Mirazur, caring for the planet 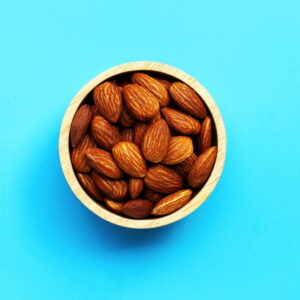 Almond, good and ecological?
Go back to the blog
Menu