The Mirazur, caring for the planet

The cuisine of the Italian-Argentinian chef Mauro Colagreco, heading the restaurant Mirazur, in Menton, combines sweet & sour aromas, freshness and plant forward creations. His dishes are inspired by products from the local market and his garden. The Michelin star chef wants more than anything to preserve the environment in which he lives.

The Mirazur is indeed one of the most committed restaurants in the world for the planet. Last February, after five years of intense work, the restaurant was awarded the zero-plastic certification.

As one of the most well-known chefs in the world, Mauro Colagreco runs many restaurants around the world, the best known of which is the Mirazur, in Menton, in the Alpes-Maritimes. In 2019, the restaurant won the most precious trophy, being voted Best Restaurant in the World by the prestigious The World’s 50 Best Restaurants 2019. The Chef from Plata, Argentina, also won the recognition of his peers in 2019. Following a survey of two- and three-star chefs, he was named the most influential chef in the world by Le Chef magazine. Mauro Colagreco recently participated in the 11th season of «Top Chef», on French TV channel M6. During the show, he asked the candidates to make a dish defending, through their plates, an ecological cause. We are looking forward to the Mirazur reopening its doors in June.

The restaurant is located in the extreme south-east of France. Its closest neighbour, located a handful of meters away, is Italy. The layout of the building built in the 1930s is of spectacular beauty. A circular bay window, overlooking the Mediterranean, allows it to embrace the entire coast.

“Today, we produce food that poisons us, we pollute the resources at our disposal. We can no longer continue. I am sad that our restaurant is seen as an exception. (…) It is impressive to see this power of regeneration of nature and earth. For a few years now, we have been consuming more than the land can give us. We are consuming on loan,” Chef Colagreco told LCV Magazine. In Mirazur, he wanted to introduce the responsibility for producers to provide food in compostable packaging. Better yet, In addition to fresh fruits, vegetables and herbs grown in its own vegetable garden, the Mirazur became last February the world’s first plastic-free restaurant. A successful feat thanks to the hard work provided over the past five years and led by a team united and motivated by the challenge. Plastic, ubiquitous in our lives, can indeed be reduced or even eliminated.

Mauro Colagreco is the only restaurateur in the world to have received a «plastic free» certification in February 2020, by reducing by 90% the use of plastic in his restaurant. Since obtaining the certification, the owner of the Mirazur has received a lot of calls from French and foreign restaurateurs. For nearly five years, the restaurant team has been trying to show that it is possible to eliminate it from its kitchens.

A garden of 5 hectares

A brief reminder of the facts. When Mauro Colagreco opened the Mirazur in 2006, in Menton, on the French Riviera, he quickly developed the idea of transforming the surrounding gardens into vegetable gardens, in order to grow vegetables, herbs and flowers.

«This is good, but we must cultivate our garden,” said Candide. The 44-year-old quickly put this Voltairian philosophy into practice. It operates 5 hectares of agricultural plots, around the “lemon city”. His plant forward plates contributed to the success of his establishment. The vegetables occupy a place of choice in the menus and the proposed cuisine is positioned in the pure respect of the product and the seasons, granting a premium positioning to the local agriculture.

The aim of the restaurateur is to make its customers live a gourmet experience around the local products of Menton and the Italian villages adjoining the border. The chef works daily to convey to his teams his own values related to nature. During the harvest of vegetables and other aromatic plants, the Chef systematically spends time to teach the team cultures and flavours. For Mauro Colagreco, it is absolutely necessary to know the products before cooking with them.

Herb picking and permaculture every Wednesday

Before the health crisis, the Chef closed the restaurant every Wednesday morning, in order to devote it to the training and initiation of his teams. On the program: gathering of wild herbs, development of permaculture, visits of local producers, kneading of organic bread… In this regard, the “mentonnais” took over the bakery «Au baiser du mitron». An authentic institution in Menton where he works all his bread with organic flours from ancient grain varieties.

From the first moment, the garden became a source of inspiration and relief for him. It is maintained on a daily basis by permaculture professionals, who devote several days to take care of the different tasks of the garden: picking, watering, recovering seeds or preparing the soil… Thus, gardeners grow different varieties of Nice zucchini, squash, fennel, and herbs too. The garden also boasts magnificent lemon trees and has one of the oldest avocado trees in the area. The Mirazur approach, which advocates respect for the environment, is not without seducing customers. They can also enjoy a guided tour in the gardens.

You can plant a tree in the garden of the Mirazur

If you want to fulfil your commitment to the land, you can come and plant a tree at the Mirazur. A few small acres of land, a shovel, a tree and you are the owner. Mauro counts on each of you to brighten up the gardens of the Mirazur with fruit trees with the scent of the French Riviera. By sowing the seeds of your tree that will cover a plaque with your name, you will leave a very concrete imprint on earth. You will be able to see it grow according to your desires and the gardeners will take care of it, while respecting the environment!

Reach for the moon

Strongly involved in the future of the planet, and the protection of the environment, the chef of the Mirazur uses the land, the sea, the plants, but also now the moon to embellish his dishes. He cooks according to the lunar calendar and works with the influence of the moon on the earth, in a logic of biodynamics. Specifically, Mauro offers four different menus for each moon, around the fruit, leaf, root and flower, in order to make the most of the food’s energy.

Obviously, eco-responsibility in the restaurant sector is now a key issue for the commercial success of an establishment. The value of environmental concerns is also an extremely powerful communication argument because it is highly appreciated by customers. This can no longer be neglected by restaurateurs, who must find a way to distinguish themselves from ever greater competition.

A vast project dedicated to the sea

On June 2nd, the Mirazur should be able to welcome its customers again and share with them its favourite playground: respect and protection of the planet. The highly committed Chef is also working on a major project entirely devoted to the sea, carried out in partnership with the Oceanographic Museum of Monaco. It is linked to an algae farm filtering seawater. This will be a first in the Mediterranean. One of the objectives of the project will be to pay particular attention to endangered fish species and to propose, on the plate, marine treasures respecting the fishing seasonality. 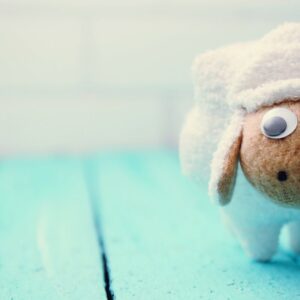 Oat milk vs almond milk
Go back to the blog
Menu