The art world has always been ahead of its time. Socially responsible artists have always been there to expose their reality. Not surprisingly, ecology is no exception! This is how ecological art, also known as “Eco Art” was born, a contemporary form of art created by artists concerned about the global environmental situation. Find out which eco-friendly artists have made environmental protection their priority with WiseFins. 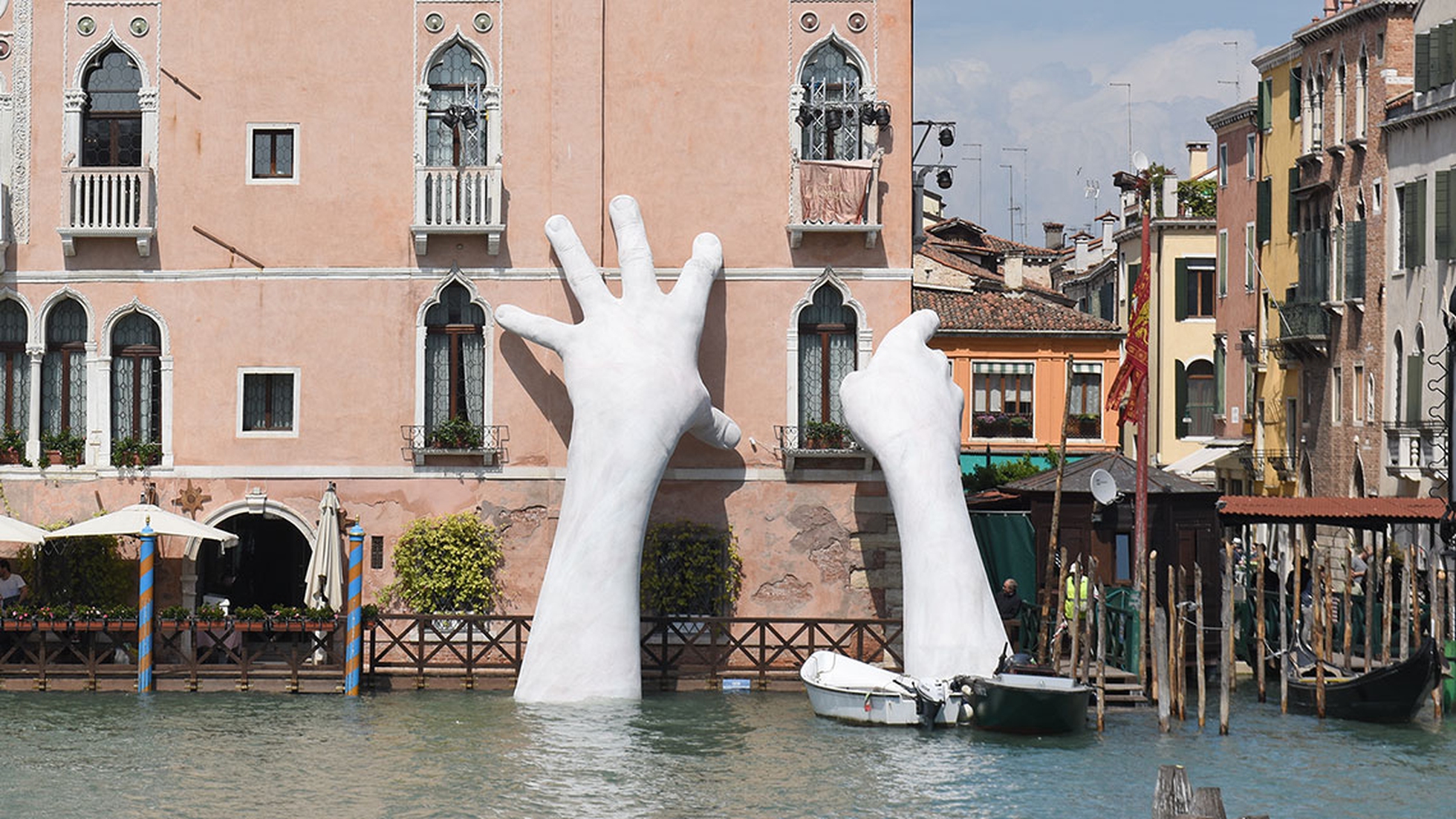 Italian artist Lorenzo Quinn is certainly one of the most committed artists to the environmental cause. His work has been particularly publicized through “Support”, a three-meter sculpture warning of rising sea levels. This work was exhibited in the Grand Canal in Venice in 2017. It represents two hands stretched out of the water, supporting the Hotel Ca’Sagredo. “Support” refers to the climatic threat that Venice is under. Indeed, the foundations on which the city is built are threatened by rising sea levels as well as by pollution from tourist boats. 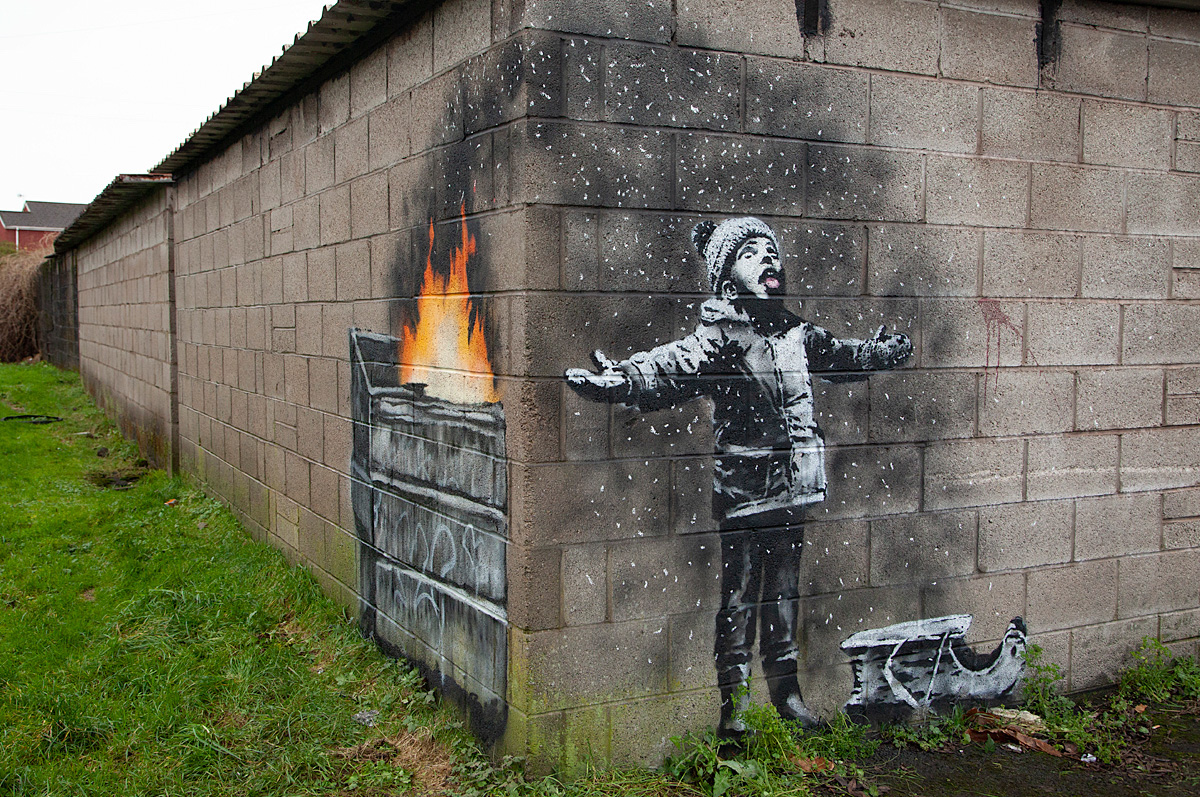 A key figure in street art and protest movements, Banksy is committed to several social issues: peace, world hunger, and ecology. Several of the artist’s graffiti address the environment. This is notably the case of “Season’s Greeting”, a work created in a district of Wales where the inhabitants try to live next to the pollution caused by the Talbot port located a few meters away. 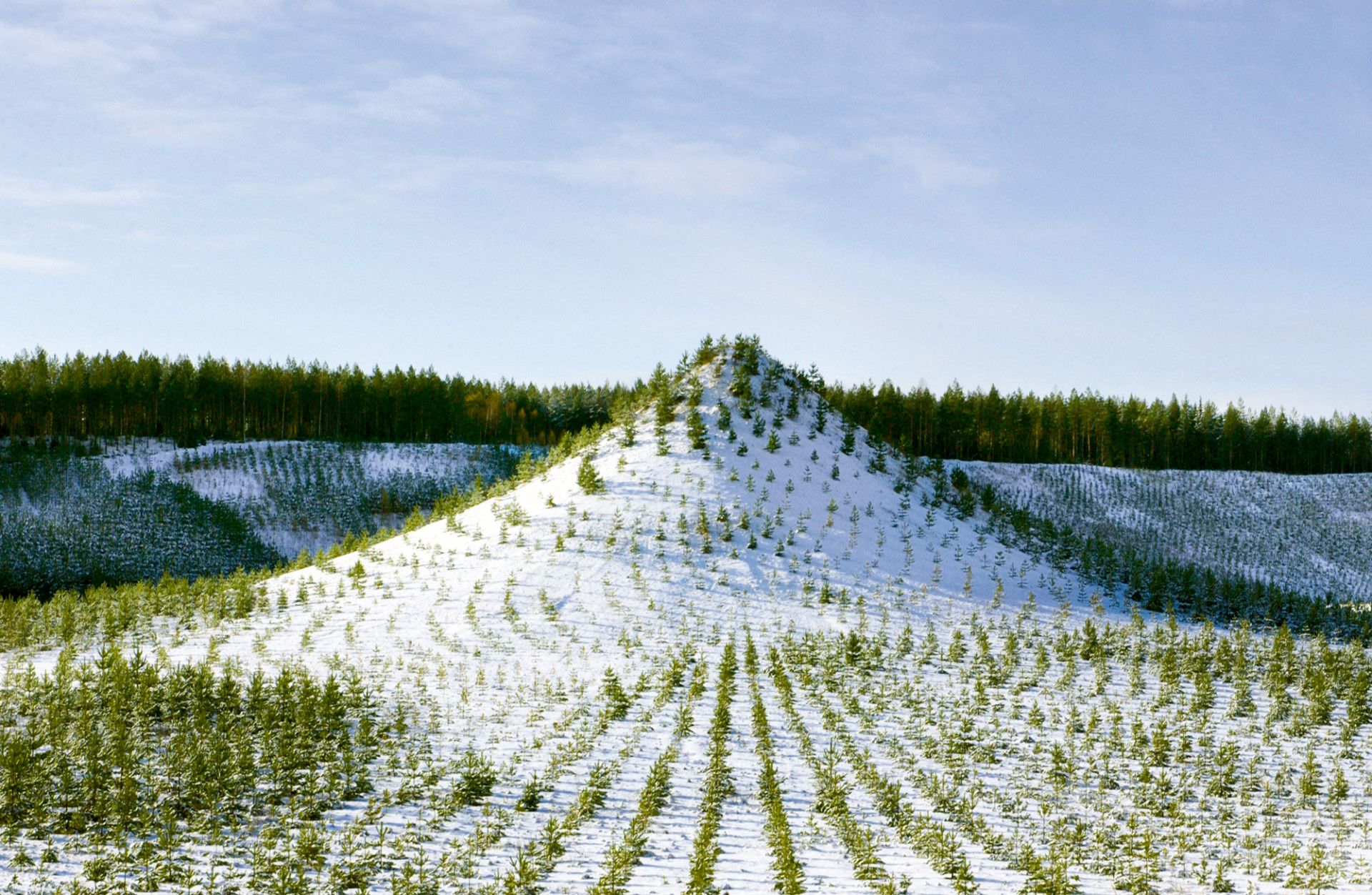 Agnès Denés is considered the pioneer of the “Eco Art” movement. Among her works, it is impossible not to mention “Wheatflied”, a project where the artist herself planted and harvested two fields of wheat on the Battery Park landfill in Manhattan in 1982. “Wheatfield” represented food, energy, world trade, and the economy. It referred to mismanagement, waste, world hunger, and ecological concerns. The harvested grain traveled to twenty-eight cities around the world in an exhibition called “The International Art Show for the End of World Hunger,” organized by the Minnesota Museum of Art. 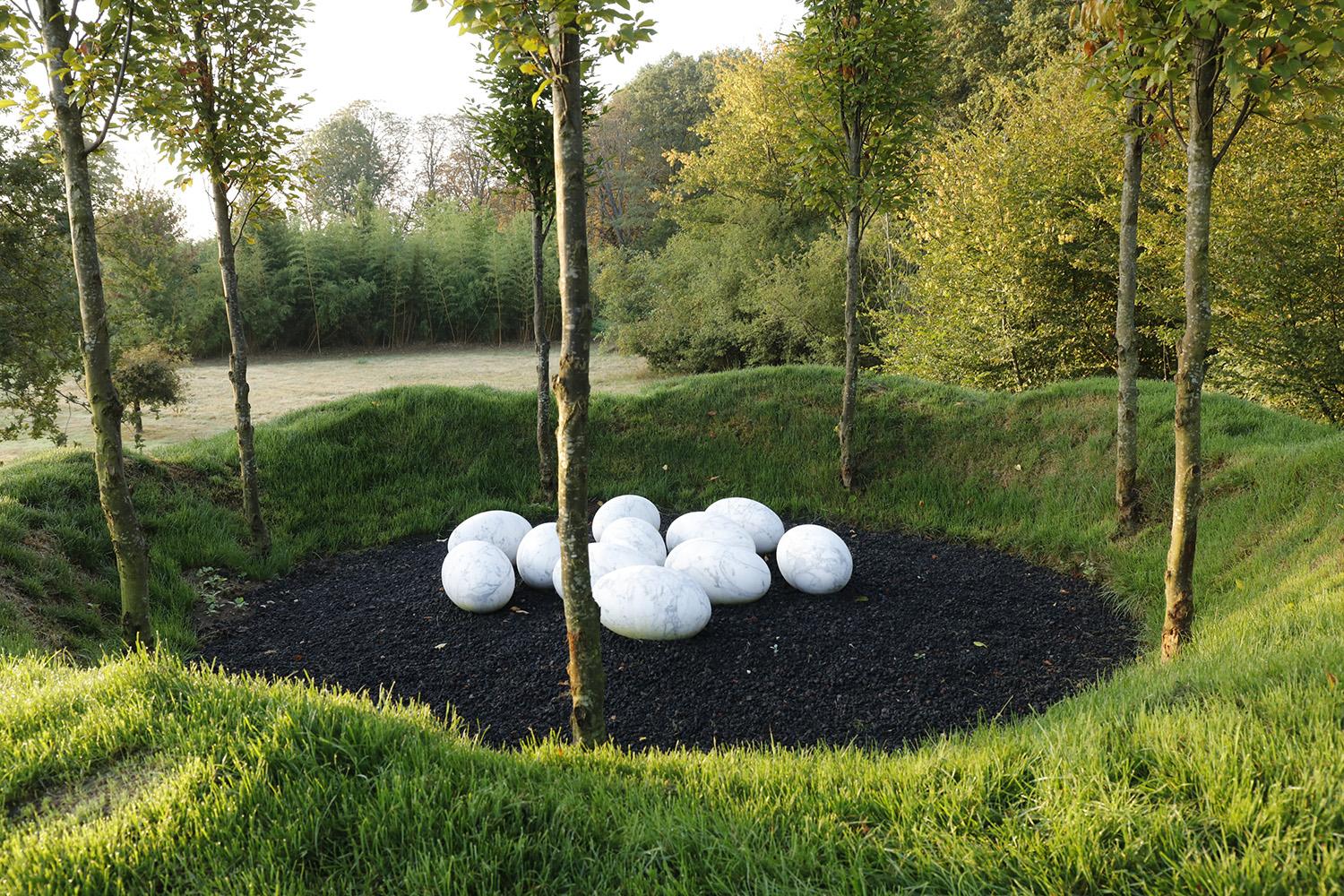 Nils-Udo is one of the major actors and pioneers of the “Art in Nature” movement. The artist is guided by the desire to work in and with nature. His art takes shape through two means of expression: sculpture and photography. His works are not only contemplative but also attempt to communicate an ethic related to the protection of the environment and its resources. The “Nest” is one of his notable works featuring a tiny man in the immensity of nature, but who, living in harmony with it, falls asleep there in all serenity. This Canadian photographer takes aerial photos illustrating the harmful impact of modern industry on the earth’s landscape. His large-scale images inspire both fear and devastation. His photos allow us to visualize the negative consequences of agriculture, mining and urbanization on our environment. 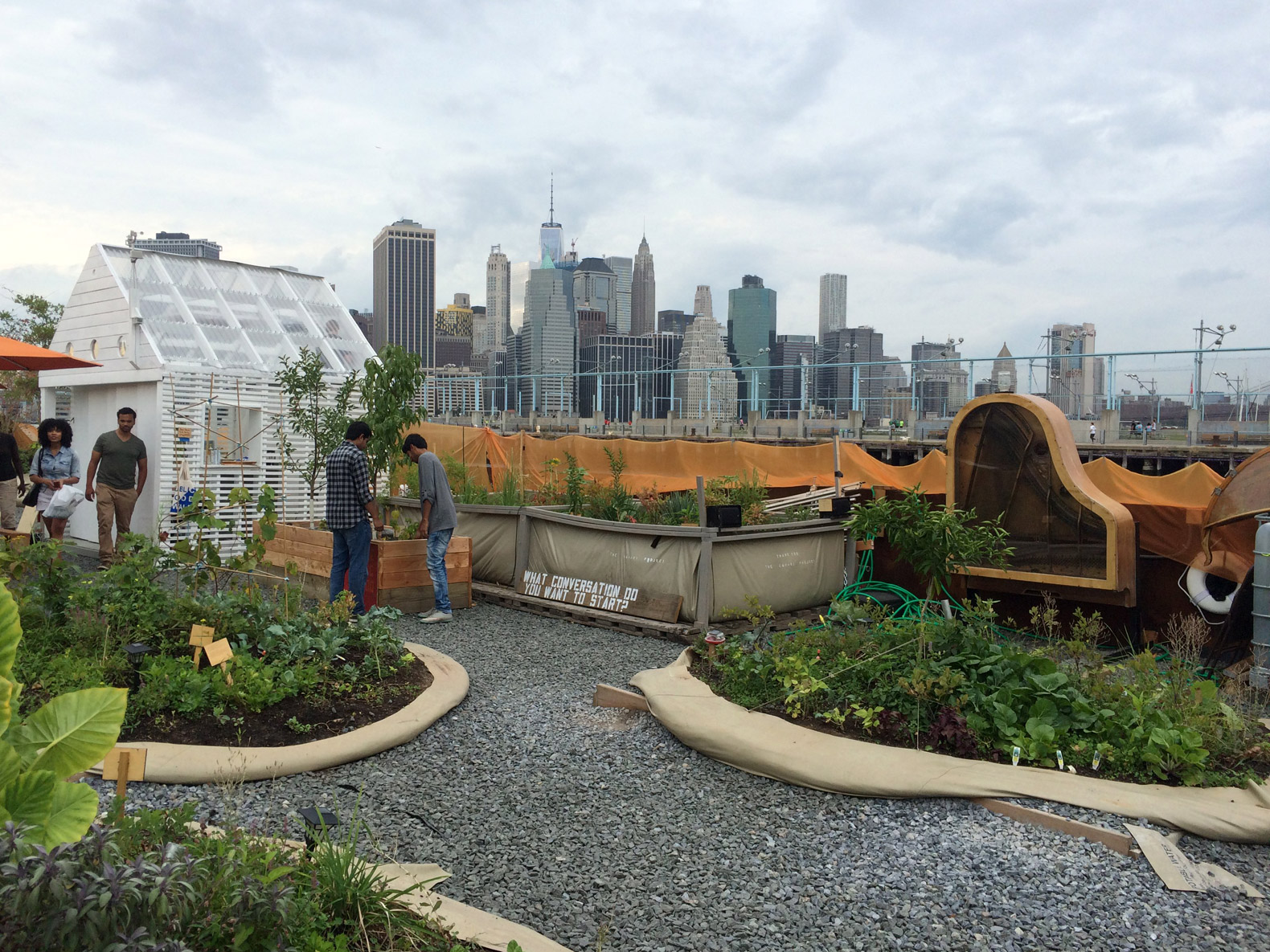 Mary Mattingly is particularly known for her “Swale” project done in the Bronx in 2016. The artist designed a floating food forest that invites the public to grow fresh food as they pass through the ports of New York. This forest has become a meeting place for conversations about food and public politics. 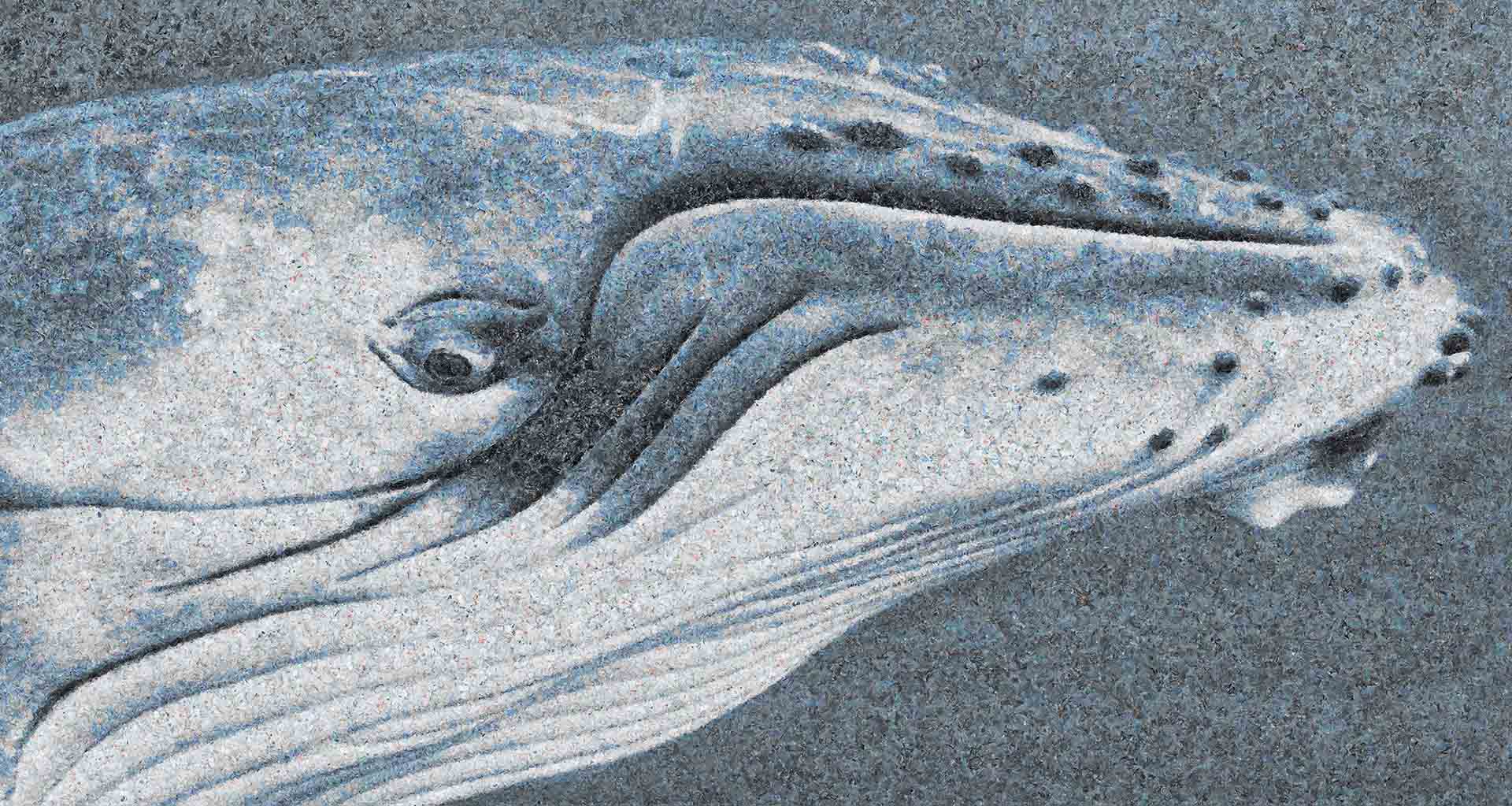 Chris Jordan uses traditional photography to expose the pollution and destruction of our planet. His photos are shocking because they highlight the amount of waste that humans produce. To support his message, Chris Jordan has also recreated famous works of art such as “The Great Wave of Kanagawa” from Katsushika Hokusai where he used over 2.4 million pieces of plastic waste previously collected from the Pacific Ocean. 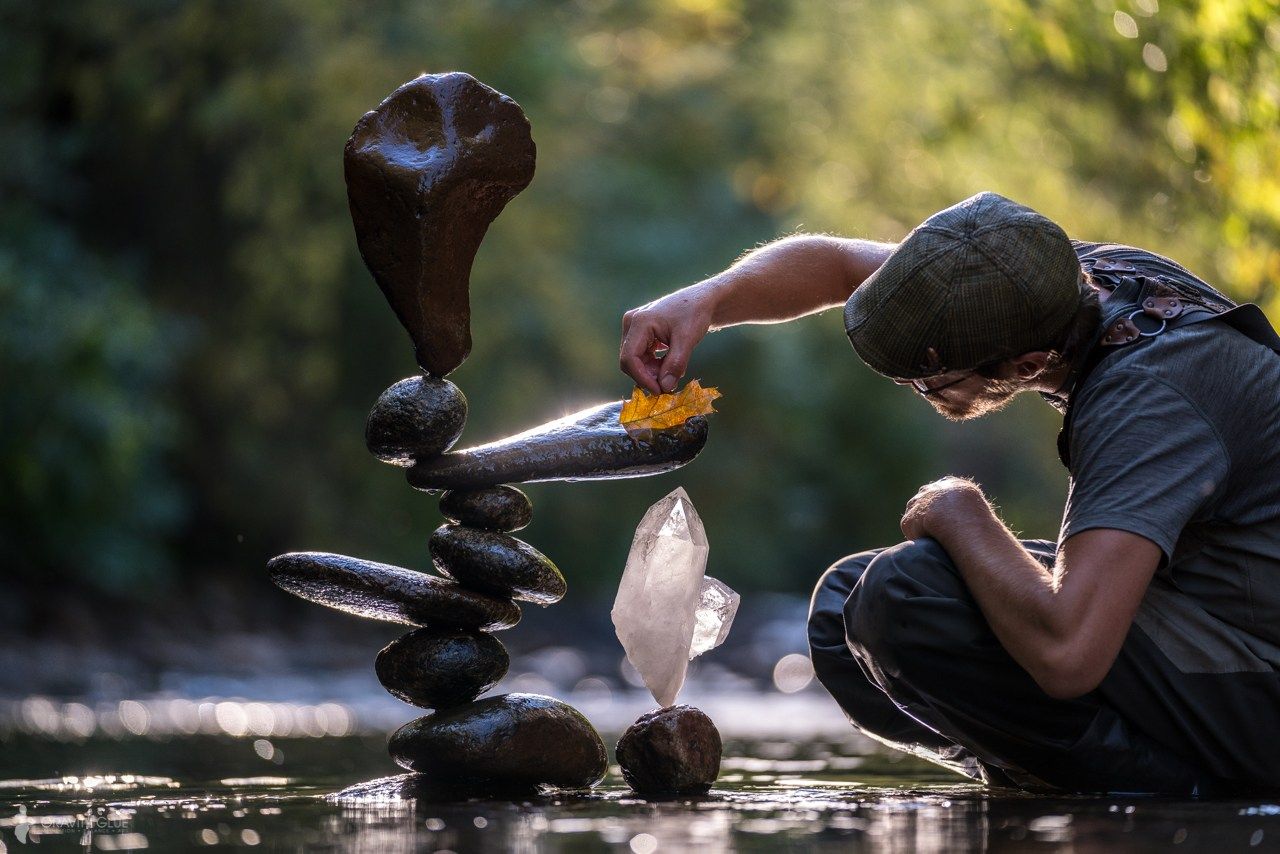 Michael Grab is a famous rock balancer known for his gravity-defying rock piles. While he may not be the loudest spokesperson for climate change, his stone works remind us of another aspect of nature: the healing qualities it can bring to the mind and soul. His work “Gravity Glue” reflects the force of nature that holds the universe in perfect balance. 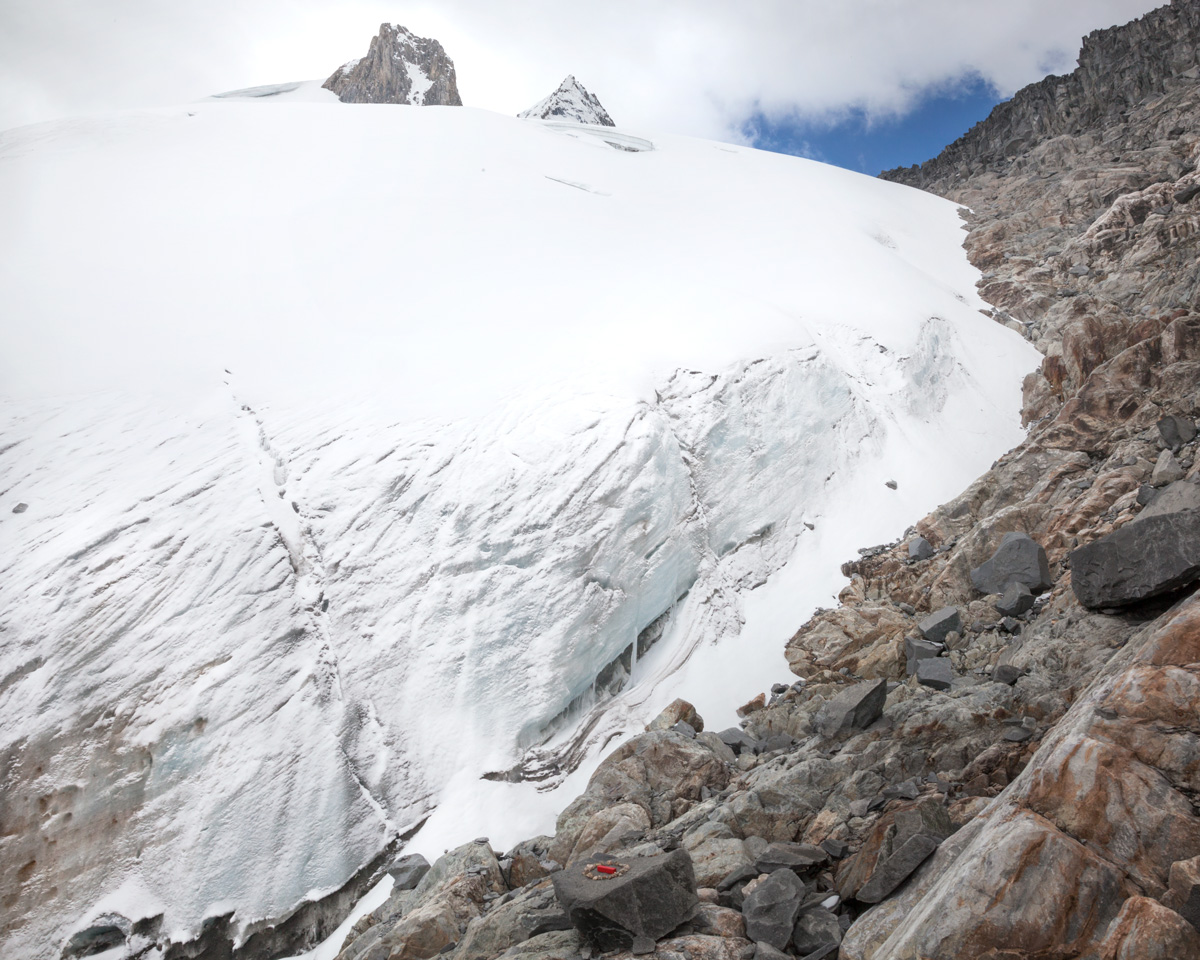 For Mark Dorf, glaciers are one of the most important archives of our planet. In response to the rapid melting of these glaciers, Mark Dorf went to the Pariacaca Glacier in the Peruvian Andes, where he placed three waterproof USB keys containing photographs of the exact location. The goal of his effort is to preserve a visual description of the Pariacaca Glacier. 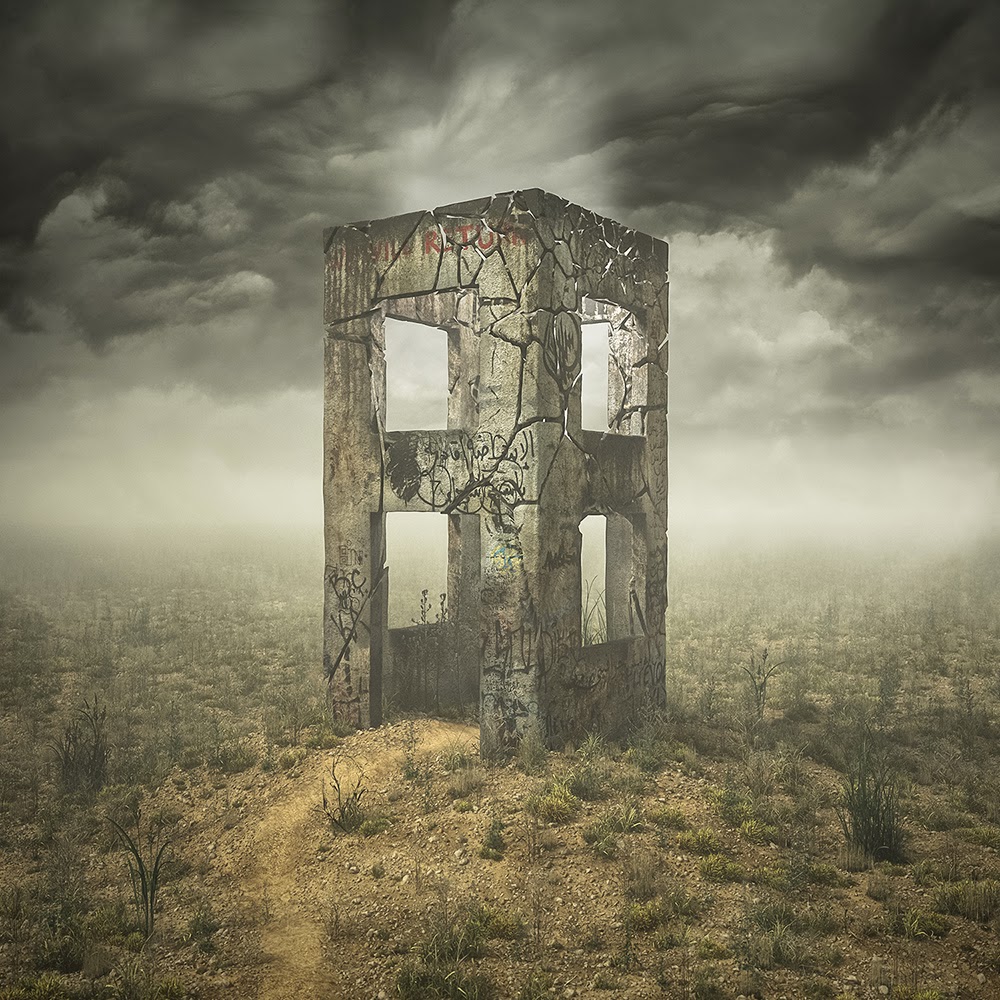 Using 3D imaging software, Kim Laughton creates post-apocalyptic paintings. These strange situations force us to reflect on a probable end of the world. Her videos give the audience the impression of having come to earth a few years after its disappearance. 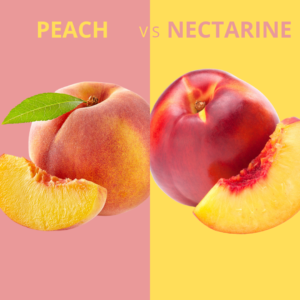 Peaches vs. Nectarines
Go back to the blog
Menu